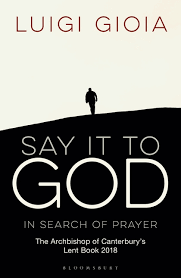 The Archbishop of Canterbury’s Lent book this year comes from an Italian academic and Benedictine monk called Luigi Gioia, who chided himself as “lazy” for not finding ways to describe God other than “He”.

The book itself, Say it to God: In search of prayer (Bloomsbury), is an insightful and thought-provoking meditation on dialogue with God, which Lord Williams, presenting it in his successor’s absence (Welby was in Switzerland), hoped would become an “instant classic of the English-speaking world”.

END_OF_DOCUMENT_TOKEN_TO_BE_REPLACED

It happened in the BBC and its most loyal defenders cried, “Surely not!”

It happened in football clubs and a helpline for victims was quickly overwhelmed.

It happened in Hollywood and people began to talk of a culture of exploitation.

Now it has happened in the aid world and reports this week are urgently examining why.

END_OF_DOCUMENT_TOKEN_TO_BE_REPLACED

Forgive me for being late to the afterparty with this, but the now-notorious the Presidents Club charity dinner touches on more issues than first meet the eye.

It’s easy to be appalled by the dinner, where women working as hostesses were instructed to wear skimpy dresses, and its afterparty, at which some of the guests – wealthy business leaders – harassed and groped some of them.

END_OF_DOCUMENT_TOKEN_TO_BE_REPLACED

If you had 140 characters with which to say write something that would be visible across the whole internet, why would you say something petty or offensive? Yet our habits on Twitter, which has 330m users, suggest we often do just that.

Toby Young, journalist, schools pioneer and Twitter abuser, enjoyed a reign shorter than Lady Jane Grey’s before quitting as non-executive director on the board of the new regulatory Office for Students.

His comments about women’s breasts, lesbians, another man’s breath (guess you had to be there) and apparently underworked teachers, ranged from vile to unfortunate-given-his-new-role-involving-students. He has since deleted thousands of tweets, but opponents have treasured up a choice few and republished them. Nothing really dies in cyberspace – except dignity.

END_OF_DOCUMENT_TOKEN_TO_BE_REPLACED

When is the will of the people not the will of the people? Daniel Finkelstein argued in The Times yesterday that a second referendum on Brexit could not be held because “the damage done to trust in democracy would be huge”. He also characterised the June 2016 vote as when millions of people “challenged the interests and attitudes of the political establishment”.

But he depicts a simpler picture than – and the politicians he cites failed to foresee – the fractious muddle we have ended up with. For a start, we are talking about the will of 52 per cent of voters. And it has since emerged that more than 400 fake Twitter accounts believed to be run from St Petersburg put out tweets about Brexit. So we may be falling over ourselves to uphold a result that reflects the will of some wily Russian hackers.

END_OF_DOCUMENT_TOKEN_TO_BE_REPLACED 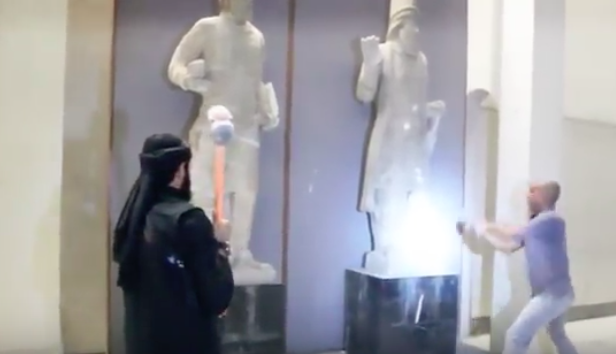 This morning’s Times contains a heartening piece that reports that a statue smashed up by members of ISIS at the ancient site of Palmyra in Syria has been reconstructed using laser technology. The same wizardry, which has been pioneered by the Oxford-based Institute of Digital Archaeology means that reconstruction of other artefacts destroyed by the group can be “done in an afternoon, while a traditional reconstruction can involve years of research, academic argument and highly skilled craftsmanship”.

And, the Times article continues, the technique is being used to recreate buildings and religious objects smashed during the English Reformation, including Newstead Abbey, ancestral home of the poet Lord Byron.

Ron Inglis, of Nottingham city council, said: “The destruction during the Reformation has parallels to how Isis dealt with religious monuments. What we want to do is to try to recreate what the interior of the priory church would have been like.”