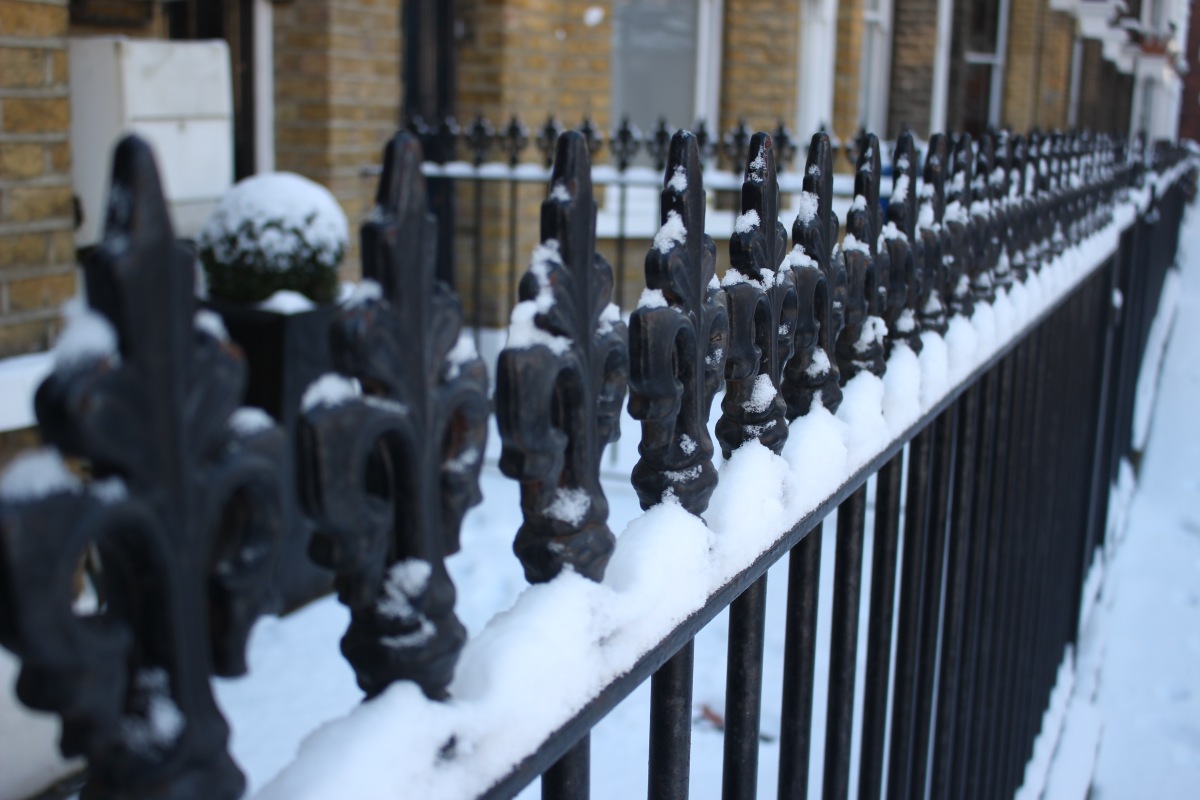 The thermometer outside my window this morning read minus 3 degrees Celcius, or so I discovered once I had dusted off the overnight snow fall from it. A mile from central London.

People say we’re experiencing a winter “how it used to be”. One could dream that Nature had forgiven us our decades – centuries – of burning excesses and had graciously turned the clock back.

But we know that’s not the case. This cold snap, exciting as it might seem, has arrived as meteorologists tell us temperatures in the Arctic have soared by up to 30 degrees higher than normal so far this year.

The Telegraph reported that the Cape Morris Jesup meteorological site at the northern extreme of Greenland has seen a record-breaking 61 hours of temperatures above freezing so far in 2018, which they linked to an uncharacteristic retreat of sea ice. “It’s never been this extreme,” said Ruth Mottram, a climate scientist at the Danish Meteorological Institute.

2018 is well exceeding previous years (thin lines) for the month of February. 2018 is the red line. Average temperature is in white (https://t.co/kO5ufUWrKq) pic.twitter.com/cLeMxSxvWo

There’s the ambivalence about snow (apart from the childlike desire to play in it): that while its arrival in winter suggests a healthy weather system, it’s also really cold, and annoyingly disruptive. So as soon as it lands, it has to contend with all sorts of things that kill it off and exacerbate existing environmental problems: industrial-scale central heating, Britain’s more than 25 million cars on the road, and two million tonnes of salty grit sprayed onto the roads to make them safe.

We are, let’s face it, wusses. Anyone in a home more than 50 years old can wonder how its previous residents coped before central heating was installed. Coal fires? House-coats? Early nights? As we face bewildering climate challenges, we cast aside the experiences of the older generation at our peril. My 78-year-old uncle remembers wearing shorts until he was about 14 because his parents, my grandparents, who were not badly off, were of the generation that didn’t put boys in long trousers until they reached 13 or 14. Once, when walking to a wintry bus stop, my uncle’s bare knees froze and a passer-by knelt down and rubbed them hard to get them moving again. “Houses never got warm,” he adds. At his, in south London, he remembers tipping boiling water from the kettle down the drain from the kitchen to melt the ice that had blocked it, and having two coal fires on the ground floor which meant, at best, that “the front of your legs burnt and the backs of your legs froze”. The nastiest thing, he added, was the frost on the inside of your bedroom window in the mornings. Remember that? Ironically the coal that provided what little heating his, my mother’s, home enjoyed is now blacklisted, and the Government is investing in renewable and nuclear energy for our power needs to wean us off gas and coal. Phew – I’d rather not return to knocking knees and ubiquitous cold.

My uncle’s generation had fewer resources to mitigate the effects of nature. The balance of power has tipped and we know, or are beginning to acknowledge, how much damage our far more comfortable lifestyles do to the planet. Unless we want to known as Generation Wuss, we could at least direct our centrally heated energies to significantly reducing our carbon footprints in as many ways as we know how. That may include flying and driving less, eating locally grown produce and less meat, re-insulating our homes. We know this. Yet are we doing much about it? The amount of air traffic at UK airports, for example, continues to rise, and plans for the expansion of Heathrow Airport are gathering pace. The results presented to me by this WWF carbon footprint calculator have made me more uncomfortable than if I had ventured into the snow in shorts.

With Arctic temperatures spiking and the sea ice melting, we know that today’s snow does not mean all is well. “People expect everything to be comfortable now,” my uncle said. But for how long can we keep doing so?

Abigail Frymann Rouch is a religious and social affairs journalist. She has written for the Guardian, the Telegraph, the Independent, Channel4.com and Deutsche Welle. As a commentator she has appeared on Sky News, BBC Radio 4 and BBC World Service, BBC World News, and regional radio. For nine years she was foreign editor, then online editor, of The Tablet. View all posts by Abigail Frymann Rouch