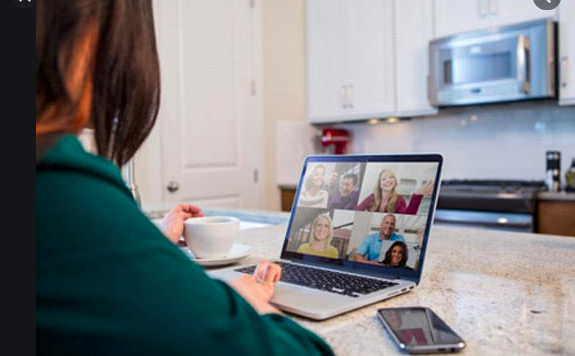 We are often told that in times of need or distress, people turn to religion. The nation, pretty much the whole world, has been stilled and quieted by lockdowns to prevent the further spread of the Coronavirus. As the Queen pointed out, people have time to “slow down, pause and reflect”. One might expect the Church to pipe up with a message of hope. But what exactly is it saying?

Quite a lot, it turns out, but you have to know where to look. It is not, as Jonathan Clark argued recently in these pages, “the dog that failed to bark in the night”. But anyone expecting an archbishop or senior theologian to be regularly on the news offering consolation and wisdom will have been disappointed. So far we’ve seen a handful of appearances by the former Archbishop of Canterbury, Rowan Williams, on Newsnight. His successor Justin Welby and the head of the Catholic Church in England and Wales, Cardinal Vincent Nichols have both appeared on ITV news.

BBC local radio are broadcasting “from-the-living-room” services by senior bishops, which the CofE is live-streaming on its website and Facebook pages. The Church says these have attracted some 2m viewers, not counting those listening via local radio. Unsurprisingly the most polished services come from the well resourced, well organised churches such as Holy Trinity Brompton. Other churches’ online offerings can be hard to find, variable in quality or both.

This article was first published on TheArticle.com. To continue reading, click here.

The coronavirus crisis has prompted a remarkable shift from the individual to the collective. It is incumbent on the government to recognise the power of this and ditch its Brexit-era rhetoric of division and scape-goating.

What were you doing on Monday, before the Prime Minister effectively introduced lockdown measures? Or a week ago before the pubs shut? Two weeks ago when employees were urged not to commute to work? One month ago when Coronavirus only seemed relevant to returnees from Italy and Asia? Freedoms have vanished at such a rate that it is hard to keep count of them.

Which freedom do you miss the most? One of the most unimaginable – at least until very recently – is the almost total lack of air travel. The effect of the pandemic on pollution is beyond an environmentalist’s dreams; the near constant hum of engines has been replaced by birdsong. Those most at risk from the grounding of air transport are not sun-starved travel junkies but the many thousands of airport and airline employees, caterers and taxi drivers. From the consumer perspective, freedoms such as travel and socialising in safety have been a great luxury that most of us took for granted. In Britain we may look back on the years leading up to 2020 and wonder why we spent them trying to “take back control”. We had more control than we knew what to do with, but didn’t realise it could so easily slip from our hands.

Above: playgrounds and exercise areas have been locked as part of the measures to prevent people passing the virus on to others